Even if you’re not Mick Jagger, time might actually be on your side. Allow me to explain…

It’s the rare person who feels like they have ample time to achieve everything they both need and want to accomplish in a single day. Most of us bemoan a lack of time allocated by a day’s 24-hours against our to-do lists. We’re all just “so busy.” Consider the number of times you’ve heard, “ugh, there just aren’t enough hours in the day!” Well, there’s a time waster of a sentence. Unless you have some sort of device that can extend a standard day beyond its 24-hour threshold, you’re already burning precious moments bemoaning how few you have.

And, as it turns out, many of those moans amount to misallocated time or misremembered experiences. Fortunately, The New York Times’ contributor, author Laura Vanderkam, devoted some of her precious moments to uncover The Busy Person’s Lies.

What she found was fascinating and, I think, fuel for a greater appreciation of every second we get to claim as our own … 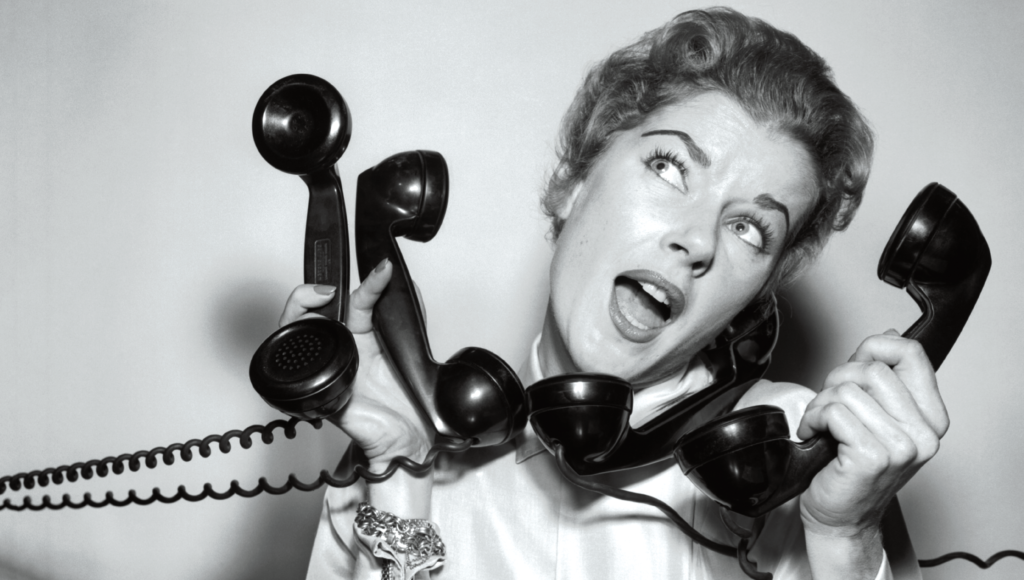 Spurred to action by research, including a Gallup poll revealing that 61% of employed Americans report not having enough time to accomplish what they actually wanted, not to mention a 2015 Pew Research Center Survey, which evidenced that 9 out of 10 mothers working outside of the home feel the need to rush nearly all of the time, Vanderkam set out to time track and test the truth.

Devoting a year to her timely project, Vanderkam, mother of four (all of whom were under eight years old at the time) landed on a surprising realization. She writes, “If I wanted to construct a narrative of craziness, the sort professional women in particular tell one another as we compete in the Misery Olympics, I had moments that would qualify.”

She then goes on to clarify…

… but there was plenty of evidence of a calmer life. I got eight massages. I went for long weekend runs (constituting some of the 232.75 hours I spent exercising). I went out to dinner with friends. I spent evenings after the kids went to bed sitting out on the porch, reading fashion or gossip magazines. (My reading total: 327 hours flat. It could have been “War and Peace.” It wasn’t.)

Whether rag mags or Russian literature, the point is she had time to read, which she clearly finds enjoyable if she’s doing so while relaxing on the porch, post-kid bedtime.

And, no doubt, her kids alone demand much of her time, not to mention her book tours and speaking engagements, but the fact remains there were moments of calm devoted to pleasure.

It’s worth noting that another drain on her time came from committing to this exercise in time tracking, which Vanderkam ultimately believes is worth it, as she advises everyone to give it a shot. After all, “A life is lived in hours. What we do with our lives will be a function of how we spend those hours, and we get only so many.”

“Many” is Gray Territory

To punctuate this point, Vanderkam rounds out her research, which includes the observations shared by other time-trackers, by focusing on the efforts of a pediatric I.C.U. fellow, Natalie Henderson. Perhaps, not surprisingly, Henderson worked 28-hour shifts with hours reserved for sleep always at a premium.

However, after tracking her time, Henderson discovered that yes, she worked some intense weeks, but those were invariably offset by easier ones, and those provided her the opportunity to tend to her own health via exercise, and spend meaningful moments with her own kids. And it was that time which led her, in deference to the harsh realities of her job, to observe that “time goes, no matter what you do. I’m covetous of the time I have. I want to make sure I use it more wisely.”

With that kind of perspective in mind, who doesn’t?

But that’s the problem. We all lose sight of reality in the rush of our to-do lists and endless goal-setting. The fact remains, as Vanderkam reminds us, “Life is full, and life has space. There is no contradiction here.”

Oh, just do a Google search and you’ll come up with dozens of articles, blog posts, and “hacks” on how to make more of your time. And sure, some of these might prove helpful to you. Most of us operate at our optimal capacity when we have a routine, a structure to guide us. Even within those constraints, or absent of those entirely, it’s good to have a trick or two up our sleeves when we need help getting back on track. 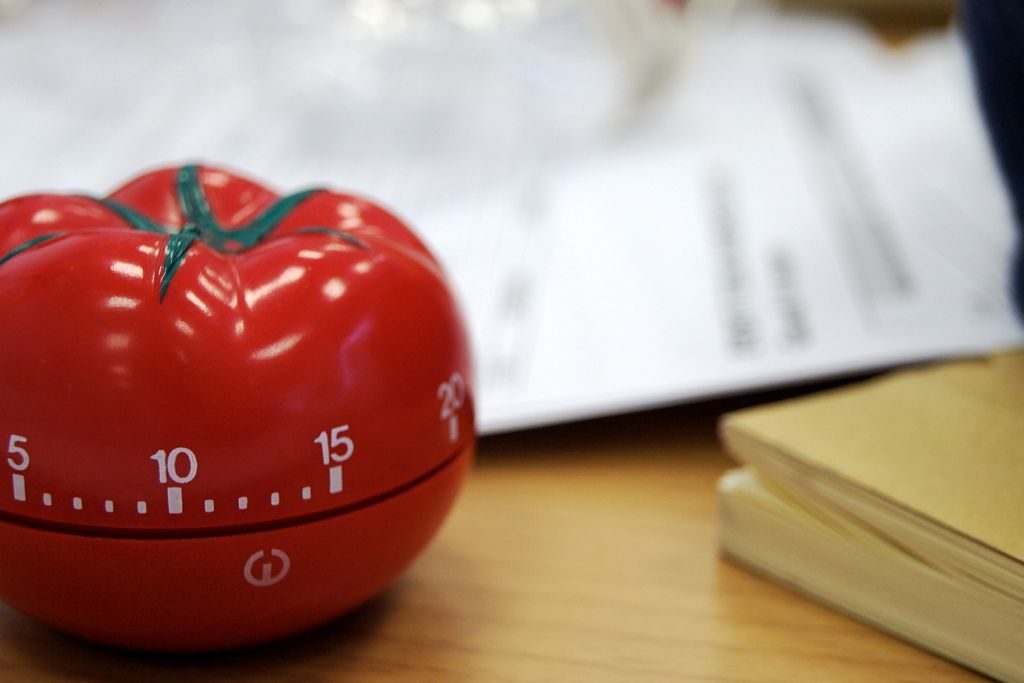 So, you’ve likely already heard of this, but for those who haven’t, the Pomodoro Technique was created by Francesco Cirillo, who set a time limit on a tomato-shaped timer and wound up (get it?) fathering an entire time management movement. Basically, the system ticks according to tasks and timeouts. In other words, you devote 25 minutes to a task, train your attention solely on that task for those 25 minutes, and then take a break.

Despite its success and considerable number of fans, this method, like time-tracking, involves both time and well… tracking. If the prescriptive nature of this method isn’t quite for you, then consider some other tool that doesn’t require as much management. 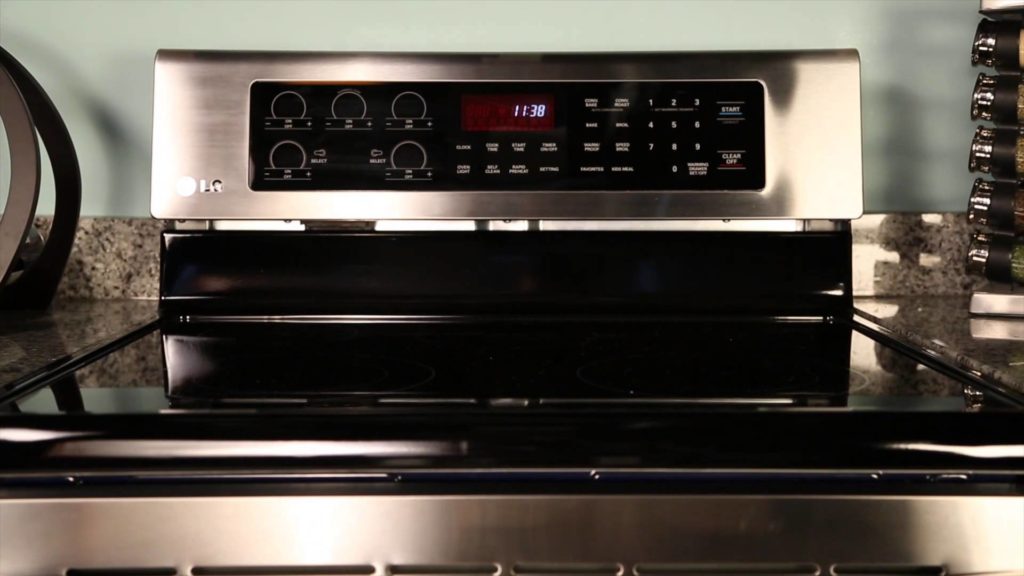 Nope, not a typo. Momster refers to my own mother, whom I love dearly but my sisters and I have long called Momster. She has her own time management system, not unlike Cirillo’s. It’s more like if Pomodoro met “Beat the Clock.” Here’s how it works…

Regardless of what task you’re up against, determine how long you (reasonably) think it should (and how long you want) it to take, in minutes, to complete. So, for example, the kitchen is a mess and you just can’t accomplish anything else until it’s clean (by the way, you’re not fooling anyone, we all know you’re just putting off important tasks by complaining about the kitchen instead of setting it straight). Look around and consider how long it would reasonably take to snap things into shape and then shave a few minutes off that estimate.

So, 20 minutes to transform a few dirty dishes and sticky countertop? Great, you now have 15. Set the oven timer (yes, it has to be the over timer) and get cracking. You’re racing the clock and knocking something that you’d rather not do, but need to do, right off your list – and, to quote Momster, “in record time.” She literally thinks everything can be done either “lickety-split” or “in record time.” There is no definitive measurement associated with either of these designations. But, that oven timer is going to ding shortly and, provided you’ve tackled your task, you’re going to feel like a million bucks (she calls those smicker-smackers. Don’t ask — no one knows why).

Next, figure out what else needs to be tackled lickety-split or in record time, and set your timer, accordingly.

Is it a science? Certainly not. Does it work? Sure does! Oddly satisfying? Wouldn’t write about it if it wasn’t.

The point is, figure out what your time means to you and manage it in such a way that you serve the delights, not just the demands, of your life.

Time-Hack Thursday: Time Might Actually Be on Your Side

2 thoughts on “Time-Hack Thursday: Time Might Actually Be on Your Side”